© Stilettos or Savings (www.stilettosorsavings.com), 2019-2020. Unauthorized use and/or duplication of this material without express and written permission from this blog’s authors is strictly prohibited. Excerpts and links may be used, provided that full and clear credit is given to Stilettos or Savings with appropriate and specific direction to the original content.

Do Not Sell My Personal Information 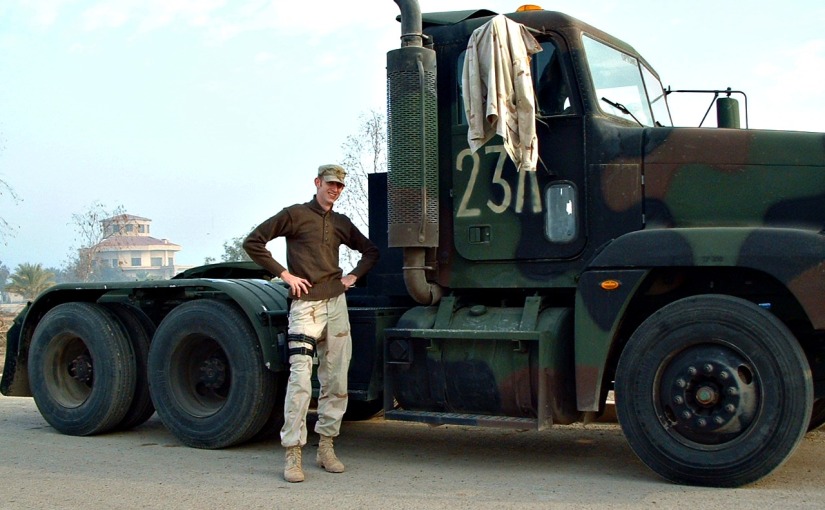 Ten years ago, I spent two days convoying from Camp Victory in Baghdad, Iraq to Camp Doha, Kuwait.  According to Google, its approximately 418 miles.  By FAR the longest drive I took either year I was deployed.  I had been lucky enough to fly from Kuwait to Baghdad in June 2003, rather than convoying into Iraq like so many of the troops.

I rode in a freight liner truck, which was a manual, and we didn’t have a trailer on the back.  This convoy was a test-run for redeploying the brigade. Those of us leaving, were the ones who were too close to our 365 day mark, and we had to leave theater by 31 January.  If I recall correctly, I think the Army would have had to significantly increase our pay everyday for every day past 365 that we were in theater.

Let me translate for you what this means in my life…

I of course went to the PX and bought loads of snacks and drinks, because what would any road trip be without lots of fat kid snacks?  Armed with (at least) two enormous bottles of San Benedetto peach sweet tea (at least room temperature if not warmer… yum), loads of gummy candies, and who knows what else… we loaded up into the vehicles with little to no idea where we were going (other than following the leader), or what to expect.

There was grid lock leaving the small camp in the morning, which I’m sure is hard to imagine, but true.  The second day was a little less memorable and much calmer as about half of it was spent driving through Kuwait.

Here are a few pictures from my trip.  Please excuse some of the dirt and blur as I was in a moving vehicle. 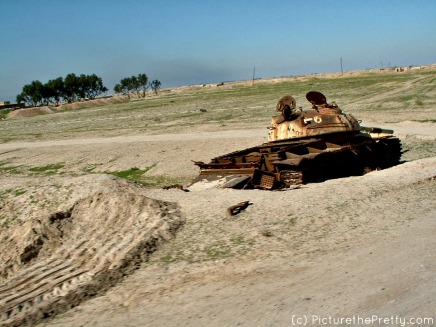 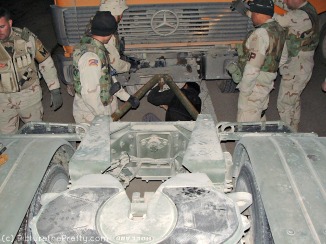 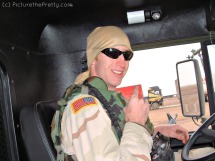 2 thoughts on “THE LONG WAY HOME”

Tell me what you think! Cancel reply